We're here to help you along the way

We've made it easy for our customers to learn more about SBA PPP forgiveness through our acclaimed webinar series and easy to read marketing flyers. During the last couple of weeks we have hosted multiple recorded webinars to touch base with our new SBA PPP clients and how they can qualify for loan forgiveness. On this page you'll find valuable resources you can download as well as previously recorded webinars.
If you would like to view one our previously recorded webinars or download our helpful guides please click here.
download Presentation Slides

Just when we thought we understood all the twists and turns of PPP forgiveness, Congress has changed the guidance, again. The expansion does provide enhanced flexibility for business owners.

At First National Bank of South Miami, we have worked to provide you timely and accurate information; we provide this update in anticipation of President Trump’s signature. Obviously, if he does not to sign this legislation into Law, then this will not be valid.

Since you have all become “experts” in the PPP and PPP Forgiveness, we will focus only on contrasting the changes. If you are still not an expert, then you can listen again to the May 21, 2020 recorded webinar which is available through our website at www.fnbsm.com.

This provision is in response to business owners that voiced concern about having to pay individuals when a business was not even opened and further that they would not have the money when the business was ready to reopen.

Under PPP Expansion, the covered period tripled from 8 weeks to 24 weeks.

You may recall the terms “covered” or “alternative covered” period from our webinar. This is an especially important distinction of the PPP because it is the period that you must spend all your PPP loan dollars in order to receive forgiveness and it started the day you were first funded.

You will recall that to receive any forgiveness from your PPP loan, 75% of the amount applied for forgiveness had to be spent on payroll costs. Under PPP Expansion, that requirement was dropped to 60% for payroll costs.

But here is the twist; it is now a cliff! What that means is that the forgiveness application is all or nothing.

Under the prior law, the 75% test was based on the amount of forgiveness applied for and NOT on the whole loan amount. Obviously, if you applied for forgiveness for the entire amount of the PPP Loan this becomes irrelevant, now it seems that you will need to apply for full forgiveness, and you will be required to spend 60% on payroll costs.

Some believe that the “all or nothing” requirement may change, but as it stands, this is what the law states.

This means that the amnesty rehire date (Safe Harbor) was moved out to the end of the year. You will recall that this impacted two important aspects of the PPP forgiveness application:

The FTE Test – which could impact the percentage of the forgiveness amount based on the quotient resulting from dividing FTE during the “covered” or “alternative” covered period by the FTE during the “Base” period.

The Salary Reduction Test – which would impact the forgiveness amount by reducing that amount from the penalty created by the difference between the affected employee payroll during the “covered” period or “alternative covered” period vs. 75% of the base period salary for a comparable timeframe.

Under the PPP Expansion NEW (funded after the law is passed) applications for PPP would have a 5-year maturity from date of funding vs. the 2 years previously set by the SBA. It is important to note here two things.

Extension of deferral from 6 months to 12 months

Exemption based on employee availability

You may recall that there is a requirement that you have at least the same number of employees during the “covered” period or “alternative covered” period or you face a reduction in the forgivable amount (unless you rehired to pre-COVID levels by June 30, now Dec 31) – The FTE test.

The PPP Expansion Act now provides for an additional exemption (other exemptions listed in the PowerPoint presentation on the FNBSM website and discussed in the recorded webinar).

Borrowers who have received a PPP Loan before the enactment of PPP Expansion can choose between the 8-week period or the modified 24-week period. We recommend that if you received the loan, spent the dollars appropriately (per PPP guidance), do not have any reductions due to the PPP forgiveness tests (FTE and salary reductions), that you apply for forgiveness based on the 8 weeks and put this behind you.

First National Bank of South Miami’s team is here to help you through this time and through this process. We have worked diligently to provide you timely and accurate information. Your individual situation may require more personalized attention. We continue to recommend that you meet with and discuss your particular situation with your accountant and or attorney to ensure that you do what is in the best interest of your business. 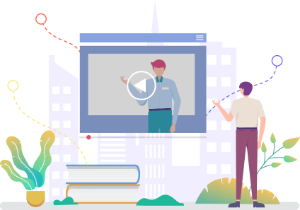 Program in participation with the SBA.